If you have any questions or want to place an order directly, please feel free to contact us via e-mail, phone, or by making an appointment to meet with us in person.

A 1985 graduate of Purdue University’s Krannert Business School, Greg has lived in Tippecanoe County since his freshman year.

While a student at Purdue, Greg entered the promotional products industry some 30 years ago. Selling party favors (glassware, boxer shorts, beach towels, etc.) to the fraternities and sororities began his love affair with this industry.

Greg and his wife of 22+ years, Donna, have two children, ages 20 & 18. His son is a Purdue Sophomore and his daughter is looking forward to college next fall.

Having coached a variety of youth sports over the years, Greg is fond of the mantra “Sports don’t build character, they reveal it” … loosely translated from John Wooden. Per Greg, “I missed very few games over the years, but given the opportunity to do it all again … I would make every game and every practice that time allowed. Being there, supporting our kids, as well as their classmates, has been the most
rewarding thing we as parents have ever done”.

While still involved with a few HS and youth sports, Greg has found a couple of newer activities to fill his time … firewood, fishing, and fantasy football.

We don’t get the whole firewood thing … cutting, splitting, stacking, moving, burning, etc… but we've learned that it is one of his passions. As for fantasy football, don’t even TRY to talk to him while he’s setting lineups for 1 of his 5 teams : ) 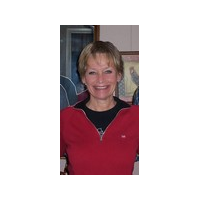 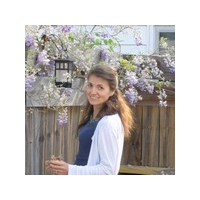 A graduate of Purdue University, Emily holds a Bachelor of Science degree in Interdisciplinary Engineering with a focus in design. While at Purdue she discovered her true passion was in graphic design.  After graduating in 2002 Emily remained in West Lafayette taking a full time position at Excel Group.  Since that time she's gotten married, moved back to Indy, bought a house, and is raising three amazing children.

Emily continues to work from home, commuting to West Lafayette a few times a month.